Why do we celebrate birthdays 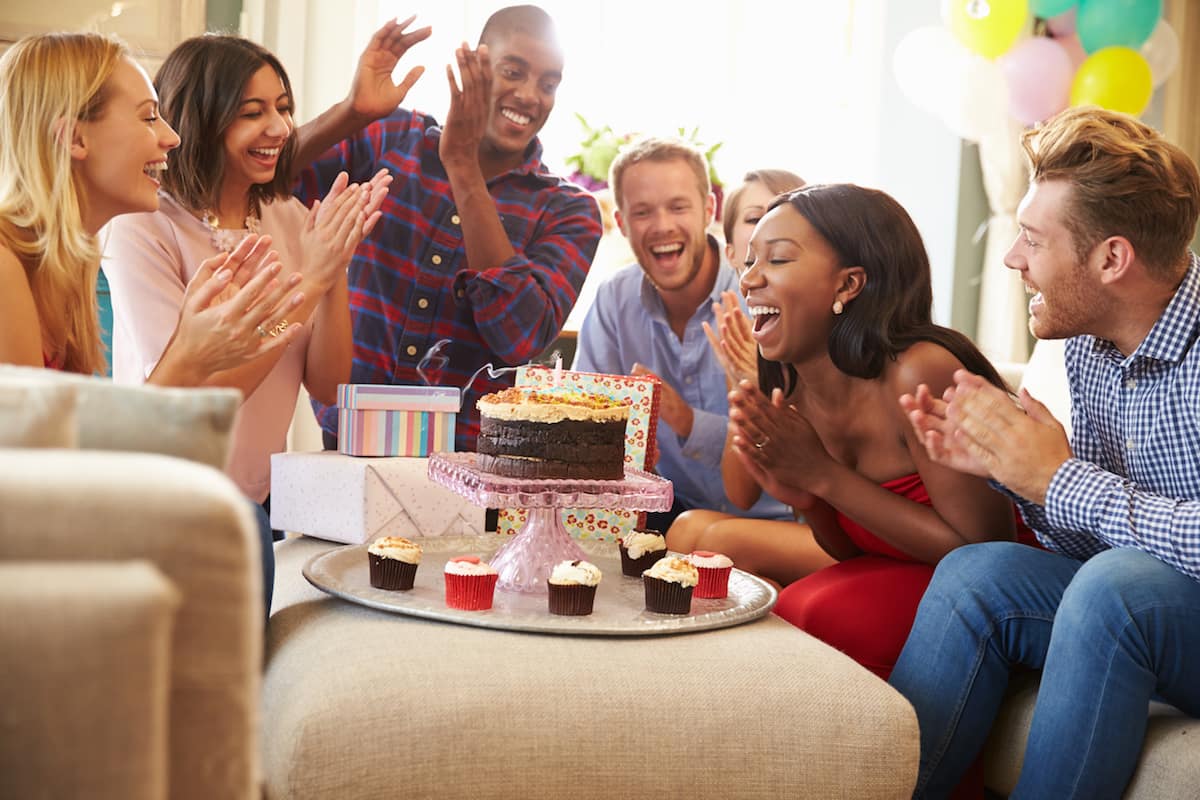 Why do we celebrate our birthdays every year?

Have you ever planned a surprise party for someone and it has ended in disaster? Or perhaps you would like to hold a surprise party but have no idea how to go about it? If this sounds familiar, then you have come to the right place.

Have you ever wondered why we celebrate our own birthdays and it is common everywhere in the world? It is just an opportunity for all your loved ones to gather together and congratulate you for becoming one year older and maybe wiser. But for some reason, it has become far more than that and it a tradition which is sacredly observed in almost all the cultures in the world.

Although research on such an important topic as the exact origin of birthdays and birthday cakes remains a mystery, there is enough of historical evidence to draft a story. Here is a sequence of historical events and developments which we think brought us to this point, to eat cakes, blow candles and gather together every year surrounded by our friends and families.

As a lot of things, it is started in Ancient Egypt. Pharaohs were considered to be some kind of gods as soon as they were coronated. So their coronation date was a very important date for Egyptians at that time, maybe even more than their birth date. It is believed that the Bible references the first ever mention of a birthday celebration around 3000 BC., but it was a coronation date which would mean pharaon’s birth date as a god.

Greek mythology is very rich with gods, goddesses, semi-gods, semi-goddesses and heroes but there is one goddess who was particularly important for ancient Greeks, Artemis, the lunar goddess. They made regular offerings in the form of a moon-shaped cake with lit candles. They used candles to reach a glowing effect to recreate the radiance of the moon and her perceived beauty. The Greeks most likely took the idea of birthday celebration from the Egyptians, since just like the celebration of the pharaohs as “gods,” the Greeks were celebrating their gods and goddesses.

Romans were the first ones to start seriously celebrating birthdays and this time of ordinary men, not women, so they were the first to celebrate a human birthday. Romans celebrated birthdays of male friends and family members, while the government created public holidays and celebrations to observe the birthdays of more famous citizens like we do now for the Queen. Women earned their celebration rights only around the 12th century.

According to Christians, all people are born born with “original sin” and the fact that early birthdays were celebrated in relation to pagan gods, the Christian Church considered birthday celebrations evil for the first few hundred years of its existence. Even now you have some Christian movements which still consider the same and do not celebrate birthdays at all.

Around the 4th century, Christians changed their minds and began to celebrate the birthday of Jesus, which is now known as Christmas. This new celebration was accepted into the church in hopes of recruiting those already celebrating the Roman holiday of Saturnalia like many other christian celebrations. This is when birthday start spreading out with Christianity and became more and more common.

German bakers and the birthday cakes

We should thank German bakers for inventing the concept of a birthday cake in the modern sense. The birthday celebration was held for German children and involved both birthday and candles similar to what we have now but with one more candle; one candle for each year they had been alive, plus another to symbolise the hope of living for at least one more year. Kids blew out the candles and making a wish. But these cakes are still not for everyone.

The Industrial Revolution: the economy of scale

For quite a long time, birthday celebrations with cakes were only available to the rich and wealthy people, as all necessary ingredients were considered a luxury and were expensive, so common men were could not simply pay for them. But the industrial revolution democratised the ingredients prices and supply. Bakeries also started offering pre-made cakes at lower prices due to advances in mass production and inventing the economy of scale. This is the moment when birthday truly come to our everyday lives.

The song that is now translated maybe in all possible languages were written in 1893 by Patty Hill and Mildred J. Hill. Initially, they wrote a song they called, “Good Morning To All,” which was intended to be sung by students before classes began. The song eventually spread out across America with a number of variations. Robert Coleman published a songbook in 1924, adding a few extra lyrics that would quickly come to overshadow the original lines. The new edition became the song, “Happy Birthday To You.”